Good year for The Oscars

This is a pretty good year for the Oscars. That doesn't necessarily mean I will actually watch it all, but maybe.

What do I mean by a good year? There's no clear front runners, and there aren't any movies that I hated. So I mean it's a good year for me. In previous years, it seems that there has always been a movie or to that I have actively rooted against, such as Avatar, or Benjamin Buttons. The last two years I have been quite sour on a couple movies each, with Extremely Loud and Tree of Life in 2011 and Silver Linings and Les Mis in 2012.

For the 2013 noms, I genuinely enjoyed every movie. There is one movie I don't think stands a chance There is one movie I liked much more than others, but I also highly doubt will win. There are three that I think are leaders and won't be surprised if they win. And rest could sneak in there if some others cancel each other out.

I've already written about seven of the nine, so I won't write too much of a review for them. You can follow the 2013 Movies label if you like. The other two, Philomena and Captain Phillips, I saw earlier this year. 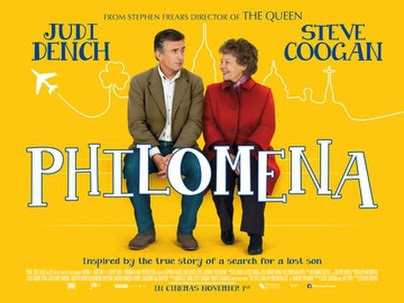 Philomena is a nice movie. It's not Best Picture winner, however. This is the only one that I'm sure will not win. However, it is a really good story, and one that many people should see. It takes a few turns that you won't expect, as well as being interesting, touching, and funny. If nothing else, the Oscar nom brought it some good attention, as well as bringing more attention to Steve Coogan.
Here are the movies that I think have an outside chance, in case votes cancel each other out.

I think Captain Phillips would have a better chance of winning if not for Gravity. It seems that there's always a crowd-pleaser in the running, a movie that the "average" movie goer would enjoy. I think most people would really get into the suspense and drama from Captain Phillips. And considering it did well at the box office, people did go see it.

But again, I think it is hurt by Gravity, which also fits that criteria, but perhaps better than CP. There's also the controversy surrounding the true story, in which the real Captain Phillips might not have been such a courageous or great guy. 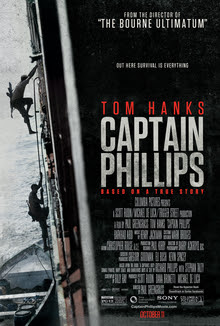 Beyond that, it is a good movie. It gets better as it goes along. The suspense is played perfectly. I watched it several months after it came out, and the other people in the theater will still quite into it and not sure what to expect at each turn.

Her is a good movie, but it isn't for everyone. I've heard people describe it as too creepy. I described it as a cringe movie, but also quite beautiful. I think more Academy voters will see the beautiful part, but I don't think enough will.

Dallas Buyers Club is going to do well in the acting category. Both Jared Leto and Matthew McConaughey were excellent. Not only did Leto play a cross dresser, which the Academy always likes, not only did he lose a ton of weight, which the Academy also loves, but he was absolutely brilliant. That's my only "If he doesn't win the whole thing sucks" pick for this year.

If Martin Scorsese hadn't won for The Departed, The Wolf of Wall Street would be this year's Oscar winner. It's a better movie than The Departed. But because of that, I'm going to leave it in this category.

Just about every person I have talked to who has seen Nebraska has told me the same thing. They liked it the best out of all the nominees, but it probably won't win. I absolutely agree. It was the best movie of the year. I was hoping for some kind of late push for it, but I don't think that will happen. At best, I'm hoping for a statue or two for the actors nominated, Bruce Dern and June Squibb. 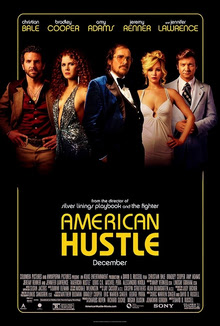 The three movies I think have the best chance of winning are 12 Years a Slave, Gravity, and American Hustle.

12 Years a Slave is a movie most people agree about: great movie, but hard to watch in places.  The "hard to watch" places could either work for or against it. The Academy doesn't always shy away from "hard to watch," such as Schindler's List. But 12 Years a Slave goes a step further in its graphic brutality. I wonder how many people didn't watch the movie because of that. I offered it as extra credit, and a few students didn't want to watch for that reason.

Many people loved American Hustle more that I did, but I also thought it was pretty good. It's a good ensemble piece with some great acting. My two biggest problems were with the music and what I thought it was trying to be. I doubt any voting members of the Academy had the same problems. I think the one thing that might hurt it is that it came out at the same time as The Wolf of Wall Street. While those movies are quite different, there's still something similar enough about them, and they could get lumped in together.

Gravity is the crowd-pleaser, as I mentioned above. In addition, it's a very good movie. And it's technically brilliant. You never feel like you're watching nothing but special effects, which is what makes it work. I feel like people watching at home can get behind Gravity. They often throw in one of these movies to make them fell better that it's nominated, and this year it's good enough that they might agree and give it the win. 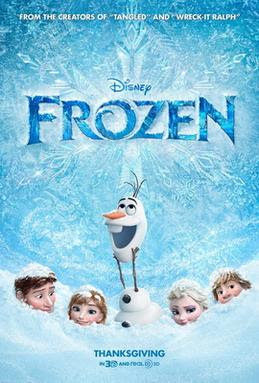 Beyond that, my only other interest is that Frozen wins the Best Animated movie. I'm still telling people - and still the don't believe me - that it was a damned fine movie.