It, of course, follows in the grand tradition of the ever popular Haiku-a-Day Month in November and the (on hiatus) Blog-a-Day Month in October and (one time) Movie-a-Day Month in December. I figured I might as well throw another little challenge out there for myself, since the end of the school year isn't enough.

So why lyrics? I've loved music, as all human do, forever. But I've always been a melody man instead of a lyric lover. I pick the songs I enjoy based on whether I can tap my toes, dance, hum, whistle, or sing along.

But if I sing along, I don't always know the lyrics. You know those misunderstood lyrics that show up every once in a while? "Excuse me while I kiss this guy." Like that.  That's me. I regularly have no idea what the real lyrics are.

As I play some guitar every once in a while and try to learn a new tune, I actually have a lot of trouble memorizing the lyrics. I understand when my fingers can't find the chords, since I play guitar rarely enough to be horrible. But they lyrics escape me. I don't allow them to make sense. I don't picture what they are saying. I don't follow the story. I just like the way the words sound.

So enough! This May, I begin my journey to search through lyrics to find some that I like. I've laid out a few simple ground rules for myself.

First, I can't cheat just to be cute. "Tequila" will not be an option. I can't use onomatopoeia to create the sounds of a song without lyrics (Ba Ba Ba Baaaaaaaa for Beethoven's Fifth).If it's in another language, I have to translate. It's not about the way it sounds; it's about the meaning. 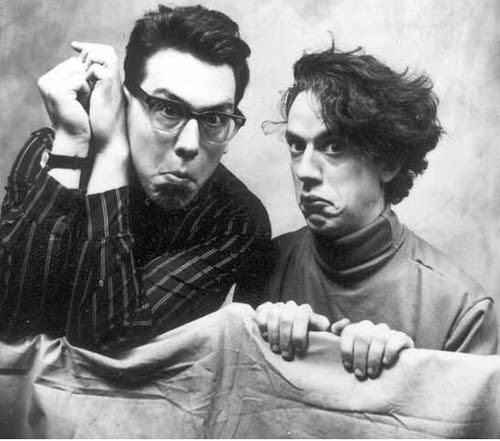 Second, I choose to hamstring myself. If there's one band that I actually read the lyrics to, it's my favorite, They Might Be Giants. As soon as I thought of this project, my second day was immediately going to be "Where your eyes don't go a filthy scarecrow waves his broomstick arms and does a parody of each unconscious thing you do." I love that line. But I could spend the whole month just on TMBG lyrics. So I can't use them. I'll make it up another time.

Third, I'm giving no explanation for the lyrics. I'm just posting the lyric and where it's from. I guess you can ask if you really want to know, but I'm just going to go with what hits me. I'll also be inaccurate with the writers of the lyrics on occasion. I don't know if I'll do my full research to list the lyricist. I'll probably just list the artist.

Finally, I need to find the lyric myself in the entirety of the song. That means that I can't just see something on the internet with a song lyric and use that. I can't just use the title of the song. I can't hear someone else quoting the lyrics and decide to use it. This is one I'm going to have to police myself on. Starting with day two, that is.

Day one's lyrics, "It frightens me, the awful truth of how sweet life can be" by Bob Dylan, was actually the spark that lit Lyric-a-Day month. But I didn't hear that lyrics myself and decide to use it.  I got it from Penn Jillette.

Penn usually uses the quote to sign off on his podcast, Penn's Sunday School. He has talked about it a few times as being a lyric that he thinks about often. I want some of those lyrics for myself. So while I start in Penn's shadow on day one, I move out for day two.

And for those keeping track, yes, this is the second internet project with inspiration from Penn Jillette. Filthy atheist.

Created by His Excellency Kaboom32 at 9:28 PM No comments: