Really? This is what teacher use email for? In the middle of winter break?

"Hello fellow teachers. A few weeks ago, a teacher borrowed a 3 hole punch.
May I please have it returned?"
Created by His Excellency Kaboom32 at 5:24 PM No comments: Links to this post

It helps to have some context when reading top 10 lists, I think. With most critics, you can assume that they saw most movies that year. I saw 27. While that's probably at least three times more than the average person, it still leaves lots of holes. Revealing these movies that didn't make the list allow me to answer, "What about _____?" So here we go.

These are the movies that I saw this year that didn't make the list. I already wrote a bit about these movies at the halfway point: (blogger readers, it's on the myspace blog)


So a quick word about each of these. I try to remain as spoiler free as I can, but something might slip here and there.

Hellboy II
Fittingly enough, I felt the same way about the first one. I enjoyed it while watching it, but didn’t even think about it until now, and I don’t remember a lot about it.

Hancock
Really tough movie to review. To be honest, it was worth watching just to analyze it. It's two different movies in one. I don't even mean that metaphorically. There is a point in the movie where it takes a complete 180. Well, maybe a 135. It's possible that each part could have made an interesting movie on its own. Does it work? Does each movie work on its own? It's a conversation I would like to have with someone who saw it. I feel like I can be swayed toward the "like it" or "hate it" side, but I would like to defend the opposite side as well.

Religulous
Some funny bits, some revealing bits. I guess when investingating religion, I want more of an attack, and I want it to go for the jugular. However, certainly worth watching.

Quantum of Solace
I am NOT a Bond authority. I'm not a huge fan. Not that I dislike Bond movies, I just wasn't even too interested in them. So understand that's where I'm coming from. If you are a Bond fan, my review means nothing. Did he say, "Bond. James Bond." at all in this movie? Does Bond even say that in every movie, or have they skipped it in the past. I always pictured Bond as a hero who uses his charisma instead of his fists. So early in the movie when M was making a big deal about "No killing!" I thought this movie would end up being about that shift in this character from the action here to the guy who doesn't need to be one. It wasn't. Maybe the third movie? But my biggest complaint, and I'm not alone on this, was with the action scenes themselves. I feel like someone's great grandpa when I say that they were too hard to follow. I remember a scene in which I couldn't even tell which guy was Bond unless they showed his face, which they rarely did. The guys' physiques were too similar, and the same with their clothes. And enough with the fucking hand-held shaky camera crap. Are we really supposed to feel like we're "in the action?" If I wanted to be in the action, I wouldn't be at the movies - I would be out fighting someone. And I can hold my head on my neck steadier than that. Have closeups. Have quick edits. But buy a damn tripod, for christs sake. Other than that, good movie. Instead of watching again, though, I'll watching this 500 times. You should at least once.


Bolt
I really liked this. I like that animated movies are getting away from simple formulas. It was funny, and looked nice. Cool idea. I saw it in 3D. I still don't see a real reason for having 3D other than that they can.

Role Models
Pretty funny movie. I don't think it has much replay value, but worth throwing on the Netflix list and checking it out when it finally reaches the top of your queue.

The Curious Case of Benjamin Button
Dammit, this movie pissed me off. First of all, WAY TOO LONG! At 2 hours 50 minutes, I can probably suggest about an hour and twenty minutes that could be cut. But I'm continually flabbergasted at every review I read where the person LOVED it and name it the best movie of the year. I seriously want to stand up and say that the Emperor has no clothes. It looks really pretty - it has that movie glow that I think have covered people's eyes. It has a love story that's doomed from the start, and I think people are getting emotional about that. But it isn't natural - totally manipulated. Most importantly, NOTHING HAPPENS in this movie that's worth putting on film. Yes, there's some cool special effects and makeup to turn Brad Pitt old. And the first part of the movie, which is him as a kid who looks like an old man, has something worth pursuing. But then it moves on, and he's just him. And then he gets young, but no one cares. Here are some better titles for this movie. "Brad Pitt Wears Old Man Makeup and Slightly Reacts to Boring Events For Almost Three Hours." or "A Guy is Born Old And Gets Young But Almost Nobody Notices and Those Who Do Don't Seem to Care." There are lots of comparisons to Forrest Gump. Gump worked, Button didn't. I really want to go into more detail, but I know many people haven't seen it yet. So what I really want to do is talk to someone who saw it and liked it for some good healthy debate. I want to deconstruct this movie. Did you see it an like it? I challenge you to a duel. Confabulation at ten paces.

Created by His Excellency Kaboom32 at 3:52 PM No comments: Links to this post

Tomorrow I’ll start writing about my 10 favorite movies of 2008. I’ve picked the top 10 (assuming I don’t go running off to the movies today and see something great), but I keep flipping it around in my head. Usually I have it pretty much in place by the 1st, with only a minor switch here and there once I start writing about them. I have a lot of movies that I really liked, but the number one movie didn’t stick out. Any of my top four can still take it.

There are two reasons why that could be. The first is that none are amazingly great enough to stick out, and the second is that all are great enough to mesh together. It’s a combination of the two. On one hand, I don’t have any one film that lingers in my head because I loved it so much. (In fact, there’s one that I REALLY, REALLY didn’t get, and I seem to be the only person in the world that didn’t gush over it. And no, I’m not talking about Cloverfield. With Cloverfield, at least I’ve figured out why I didn’t like it, and I’ve written about that in detail, in addition to the fact that it’s Blair Witch meets Godzilla, and I liked neither. No, this is a movie I just saw a few days ago. In my head, I keep playing over and over how MUNDANE it was. At the very least, Roger Ebert didn’t think too much of it either. I’m worried that it’s going to get tons of Oscar life. But I’ll write about that movie later. Long parenthetical statement.) On the other hand, when I look at the movies I’ve picked for the top ten, I feel good about all of them. Many of them have great moments and performances that stick with me, just not any complete movies that I’m gushing over.

I took a look back at my previous four years of listing the top movies. For my number ones, I totally stand by three of them – Once (2007), Sin City (2005), and Eternal Sunshine of the Spotless Mind (2004). I will watch any of those three any day, over and over. But my 2006 pick? Not as much. I really liked Thank You For Smoking, but it doesn’t fit with those other three. I don’t own it. I haven’t watched it since I first saw it. I have no desire to watch it. But I don’t see a movie on my 2006 list anywhere that I really LOVED. But my 2005 list is filled with tons of great movies beyond the number one. I think this year’s list is going to be more like 2005’s list overall, but I’m sure I will second guess my top choice when looking back, much like the 2006 list. (By the way, for those curious about previous lists – myspacers can read the 2007 list, 2004-2006 are on livejournal. )

And an update for those who read my halfway point breakdown in the middle of summer, only the number one movie made it to the year end list.
Created by His Excellency Kaboom32 at 2:05 AM No comments: Links to this post

I know some of you like movies. Hey - I like movies, too. And this her, kids, is prime movie watching season. I've already enjoyed several movies in December, and I hope to catch three or four more before the year runs out. For those of you who ready my halfway list back in the summer, I'm pretty confident that this one will be almost totally fresh. Only one or two movies from that list will survive - that's how much I've liked what I've seen. If anyone wants to join me for any films, let me know. I'm even planning another jaunt into San Francisco to see a movie that seems to only be showing at the Metreon so far. Good times.

If you do head to the movies soon, I encourage you to watch out for something very special before the movies. I don't know which theaters show this, but CineArts does for sure. There's a quick commercial for "Beyond the Secret." At the very end, they show a picture of its host, Larry King. In that picture, Larry King is... Mr. Burns. When you see it, be sure to rub your hands together and say "Excellent."
Created by His Excellency Kaboom32 at 12:25 AM No comments: Links to this post

Created by His Excellency Kaboom32 at 7:31 AM No comments: Links to this post 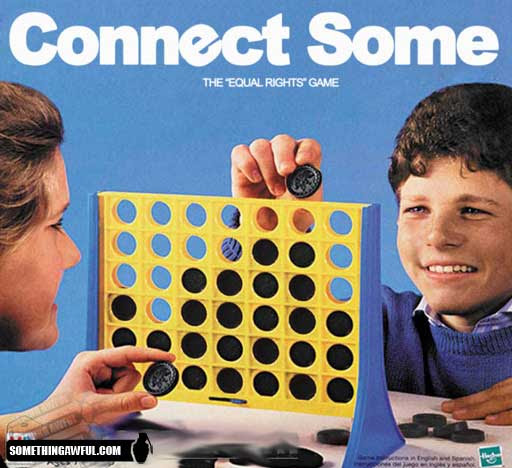 Created by His Excellency Kaboom32 at 4:12 PM No comments: Links to this post

Once again, logic wins.
http://blogs.suntimes.com/ebert/2008/12/win_ben_steins_mind.html
Created by His Excellency Kaboom32 at 8:11 PM No comments: Links to this post

“Has anyone in this family ever even seen a chicken?”

Every couple months, someone from the cast of Arrested Development lets it slip that the movie is inevitable! Yeah, still waiting... Still, every couple months I also catch a clip of it here and there and I'm reminded why there must be a movie. I found an article that has some mashed up clips from the show, and I had forgotten all about this chicken stuff. Mostly I just want it here on my blog so I can find it quickly in the future.

Created by His Excellency Kaboom32 at 5:19 PM No comments: Links to this post