Another Round of Movies

Here are more movies from 2010 that didn't make the Top Ten list.

Clash of the Titans was entertaining enough. I remember leaving and thinking that is was being criticized too harshly, though it wasn't anything to get excited about. I definitely hated the slo-mo and shaky-cam. Not that I ever like that sort of thing, but they seemed out of place in this type of movie. But looking back, I don't remember too much. Very skippable and had a severe lack of Bubo. 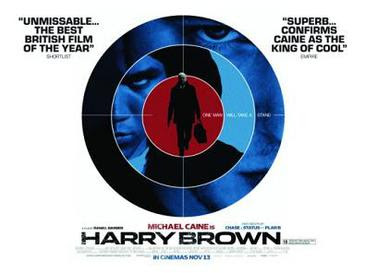 Kick-Ass is a movie that had quite a lot of potential. I've read some of the comic, and I liked that enough. While parts were entertaining, it didn't resonate and I didn't care for it.

I think Harry Brown was interesting enough to recommend. Even though you know the basic story, it didn't quite go exactly where you think it's going, and the main character has a decent story arc. Michael Caine is usually pretty good, and there's no exception here.

Iron Man 2 was fun to look at, but its plot was too dense. The first movie got everything right. This one was, well, a sequel. 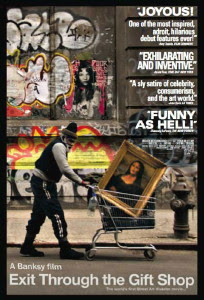 If you're reading this hoping for some movie ideas to add to your Netflix queue that you didn't know about, add Exit Through the Gift Shop. This is a crazy weird documentary about a guy who gets to know graffiti artists and then becomes one and then has his own show. But is it really a documentary? If you know who Banksy is, go watch this. And if you don't, watch it anyway.

Robin Hood was such a waste. It was dull. The Errol Flynn Adventures of Robin Hood is such a FUN movie. That's what Robin Hood should be. The Disney version is fun. Kevin Costner's version is, even with that crappy Bryan Adams song, a far superior version to this turd.

If you enjoyed Forgetting Sarah Marshall, lower your expectations before you check out Get Him to the Greek. Aldous Snow was a great character in that movie, but doesn't necessarily deserve a full feature. It suffers from the some of the same problem that Saturday Night Live characters have going to the big screen. That being said, it has plenty of funny parts and it's rarely boring. It's worth watching, but again, lower your expectations. 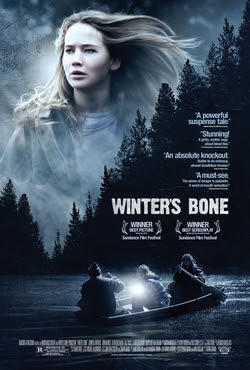 On the other hand, Winter's Bone was pretty good. It's a great character piece. That means those of you who like nothing but action or comedy, it takes patience. And And I admit mine was challenged a bit. But I was never sure where this movie was going, and it tells a pretty good story. And it always looks good. It has a very interesting point of view.
Created by His Excellency Kaboom32 at 11:01 PM

Ok, this is the one where I'd seen some of these flicks.

Agreed on Titans. Liked Kick-Ass more than you did; I just didn't know where it was going, and that's rare. Ditto Iron Man 2.

I believe Costner's Robin Hood to be one of the great underrated blockbusters ever. It's really fun, and it still holds up today. People always dismiss it as "the movie where Costner can't do an English accent," but to me, that's part of the fun. Same goes for the song. Love that cheesy song. Love that the song is part of the score. Love that some of its lines are disloguein the movie. Songs composed for movies used to MEAN something, dammit.

No qualm with your GHTTG review, but I liked Winter's Bone a lot more than you did. I really had no idea what to expect going in, but I was surprised at just how high quality a flick it was. The girl who played the main character should get Oscar consideration, as should the screenwriter. It was suspenseful and well-developed, and it really gave you a sense of that place and that culture. I know you wrote you liked it, but I just thought it deserved more than a "pretty good."