Another Mass of Movies

And the movies continue... 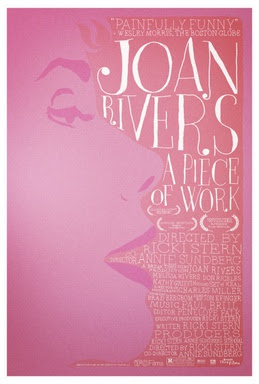 I was surprised to really enjoy Joan Rivers: A Piece of Work. I'm not a fan of Joan Rivers. In fact, I remember being young (it had to be before 1986) and turning on the Tonight Show to see that she was guest hosting - then - turning it off. That always stuck in my head that she was that person who wasn't funny, so I avoided anything of hers. The next thing I consciously watched of hers was the season she was on the Celebrity Apprentice. So I watched this documentary based solely on critic recommendations. And I definitely recommend it. It's a well made doc, really interesting, and parts are really funny. It's streaming on Netflix now.

I Am Love received rave reviews. But I just didn't get it. Not that I didn't understand it. I didn't see what was so great. I walked out with the same feeling as when I saw Broken Embraces back in 2009, though I liked that one even more. Sure, I will concede that Tilda Swinton is great. But that is all.


Cyrus was just dumb. I never found a character to like, and the camera work was extra annoying. There was a lot of the unnecessary zooming that I found distracting in Battlestar Galactica. At this point, I don't even remember enough about much else to comment.

The Kids Are All Right was over hyped by critics. It was good, but not great. the acting was great all around. The story was mostly straightforward, though it took a couple ridiculous turns. While I'm glad I watched it and can recommend it, I hope it doesn't come up in awards season. 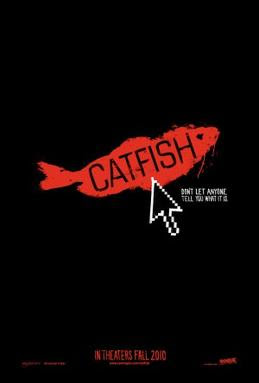 Salt was a goofy action movie. It was entertaining, and it wasn't totally predictable. Compared with your typical summer action movie, pretty good. That isn't the highest of praise, but it doesn't need to be.

I think I can comparatively say the same for Dinner With Schmucks. Kinda funny, but you didn't miss anything if you missed it. Considering the cast and people that worked on it, it could have been much better.

And once again, I repeat the same thing for The Other Guys. Kinda funny, but...

Catfish creeped me out. But only because I went through something too similar about ten years ago. Other than that, it's pretty good. There's some internet debate about whether it's real or not. I tend to believe it is just because of the way that things played out.

Waiting for Superman was a disappointment because we end still waiting. Superman doesn't even make a cameo. As far as the movie is concerned, it's a well made movie. It does what the filmmakers wanted to do. It pulls at the heartstrings and makes you think about schools one more time. But as someone in the profession who thinks about schools regularly, it's a bit deceitful. I suppose that if I knew enough about every documentary I watched, I might think the same thing, though. If you see it and you aren't a teacher, sit down with a teacher afterward so they can explain how things really are.

As I've mentioned before, every movie viewing is impacted by your emotional state at the time of watching it. Never Let Me Go is a movie that I wonder if I might have enjoyed more if I had seen it on a different day. Looking back, I liked a lot of what the movie was. I liked it, but I just didn't love the movie. I am curious to read the book.

More soon - I'm getting behind!
Created by His Excellency Kaboom32 at 5:06 PM

You've peaked my interest regarding what you went through that was similar to the plot in "Catfish". I guess if I experienced something similar, I probably wouldn't have cared to watch it reenacted on screen, either.

I agreed with most of this about the movies that I have seen.
HOWEVER:
1. I loved the zooming in space effect on BSG.
2. Ok, wait. I thought this was the blog with movies I'd actually seen. I haven't seen any of these. Dammit.