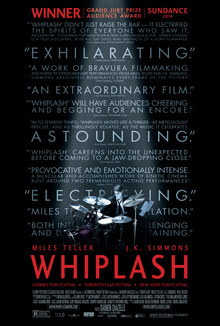 If you've heard me tell this story, just skip to the end.

We begin in the fall of 1994 in San Diego, CA. I was in my first semester at San Diego State University as a double Music and Social Science major. Here's some quick background as to why I was a double major.

Once I had finished the transfer process from DVC and been accepted into the music program at SDSU, I learned something about the program that hadn't been advertised. The program was designed to take four years. For everyone. Even if you transferred from somewhere else, you were going to spend four years working on the degree.

The did this by combining most music classes together into one simple system of eight semester long classes that had to be taken sequentially. So you couldn't stack up theory or history or genre classes to take simultaneously. Pardon the pun, bu you could in theory test out of part of the sequence. But in reality, that never happened.

So as I was looking toward the next four years in the program, I had to consider that I had already taken all of my lower division general ed courses at DVC. My schedule for those four years would be light. It was recommended that I use that time to take another degree. More importantly that filling the time, I would stand a much better chance of finding a teaching job that wasn't music.

But still, I was looking at another four years of college. I had planned and worked hard at DVC to get out of there in exactly two years. Why? Because I wanted college to be a total of four, the way it's "supposed" to be done. So I was facing another four years. I guess I accepted it, but that was my first big problem with the music degree.

I was never a really great musician. I excelled much more at learning a variety of instruments quickly instead of specializing in one. Still, I was good enough, and the music program required you to specialize in one. Today, I can still play pretty well. I can sightread if the key isn't too odd. But I'm never going to be a professional trombone player.

That was never my goal. I wanted to teach. In the two years I had spent working with students, both high school and middle school, I had liked that much more than I even liked playing. I liked conducting the band much more than I liked playing. But in college, they wanted you to be really good. That was my second real problem with the music degree (though in this case I openly admit and accept that it's more of a problem that the music degree had with me).

So now we enter the actual turn of events which will also finally bring us closer to something that resembles talking about a movie.

At the end of each semester, each student went through juries. In your jury, you played a prepared piece before a panel of judges, made up of music department faculty. It's supposed to be a really big deal. Even though each class has its own final exam, this is the one that's even bigger than all of those combined. So of course, I prepared. I asked questions of what it would be like of at least a half a dozen people, including two faculty members. That last sentence will become important.

Leading up to it, I also went through an entire debacle involving my piano accompanist for the piece, but that's a different story.

So the day of the juries. I was as nervous as any other student. I knew the piece pretty well, but it was tough. This thing even jumped back and forth between bass and tenor clef (no, I don't mean treble). Trombone players barely read bass clef, right?

The room we were in was a large classroom. For the other teachers, it's probably about twice as big as your average middle school/high school classroom. The piano and music stand are at one end, where I would play. The three judges were all the way at the other end sitting at tables. They spent most of their time looking down and writing. They rarely ever looked up, and I think I will indicate the only times they did. There were lights on me. The rest of the room was dark.

They all wrote a few notes for a few seconds. They put their heads together and made some quick comments. Then one of them spoke up.

"Ok. The scales." They all looked at me.

I looked back. "Excuse me?"

"Go ahead with the scales."

I didn't know there would be scales.

They looked at me in a way that told me that they understood that I didn't know there would be scales.

"I didn't know there would be scales."

You remember the part above when I asked several people, including faculty members? Yeah. None of them told me about the scales.

Starting with an audible, forced sigh, one of them explained to me that in each round of juries, I would be required to play through a set of scales. The first semester was the twelve major scales. The rest would be different variations of minors and whatever. They, of course, concluded explaining it to me a little something like this:

"This is something you should have known. As a student in this college, it's your responsibility to find out things like this. We wish you had taken the time to find out what was going to happen."

They continued to stare at me waiting for a response.

Luckily, playing through the twelve major scales was no problem. I knew them well then. I'm 99% confident that I could still play through them quickly with 95% accuracy. Give me five minutes and I can raise that to 100% accuracy.

I played through them.

After I was finished, one of them said, "That was fine, but you don't need to rush through them. Take your time and hit each note exactly where it should be on the slide."

But that was it. They told me it was finished and that I passed. I would receive comments through my instructor later.

Later on outside, I remember talking with a few people. Some of them were some of the people I had previously asked about the juries. "Oh yeah," they said. "It's just major scales," they said.

While that moment sucked, it's not the final moment that I knew my music major career was over at SDSU. Over the next few months, there were several events that made it clear that this program wasn't for me. One in particular was the week that I busted my ass practicing more than ever before only to be met with the "It's time you start thinking about actually practicing" speech. That one sucked, but it wasn't it.

So several things continued to mount up. But let's see if you can spot the moment when it became clear to me.

Jump ahead to the end of my second semester. Time for juries again. Same three judges. They would evaluate me on what I played and progress.

The piece I played was tough once again, but I had it down. There was a section that I remember well in six-eight with some rather fast triple tonging.  I knew that would be trouble. I'm pretty sure it wasn't perfect, but it was fine.

More than that, of course, I was ready for my scales. Natural minors. I knew them, literally, backwards and forwards. When I finished playing the piece, I announced, "And now my scales."

They nodded in my direction. I began to play through my scales at a deliberate pace. As I completed my Bb and started on the Eb, one of them put up his hand. I stopped.

Please take a moment to remember that you're reading this as a story I'm telling. You know there's a reason I'm telling you this. So you probably know what's coming. But I didn't know at the time that I was a character. I wasn't the writer of this story. If I had been, I would have gotten rid of this line because it sounds too ridiculous. But here it is.

"Can you play through faster?"

You knew that was coming. I didn't.

He even game me a "move along" twirl with his fingers.

In case you didn't recognize it, that was the moment.

I started playing through even faster that I had played the majors five months earlier. He nodded.I finished in record time.

"Thank you." That was their only comment. I left.

I can't recall the specific timeframe of the next few months, but by the beginning of the next semester, I was a full time Social Science major with a music minor. And now I teach history.

So what does that have to do with Whiplash? We were both music students in college. That's about it. The main character actually has talent. That's different.

But watching it brought back a lot of what I just wrote about. That's the main reason it was pushed to the top of my list.

But without that, I could still easily see it being in the top three. It's a great movie. J.K. Simmons is absolutely perfect and should win the Best Supporting Actor award this year.

There are a couple ridiculous things that happen, especially a car crash scene. But I ignored it. To me, it was no more ridiculous than being told to play faster.
Created by His Excellency Kaboom32 at 9:55 PM