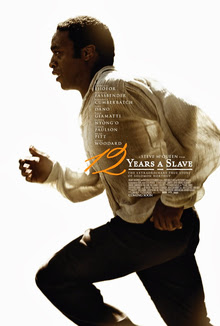 Yeah, it probably earns its spot on my list because I'm a history nerd. But damn, it's a good movie.

Teaching eighth grade, slavery was always a focus in the spring. We try to do everything we can to get kids to really understand exactly what was going on. It was pretty important to understand the brutality of just the idea of owning another person. And then there's the actual physical brutality.

Every year, in almost every class, there was always at least one of these boys. They would have to show everyone how tough and awesome they were instead of, you know, trying to understand the concept. They would tell everyone else how they wouldn't take any of those beatings. They would fight back and kick everyone's ass.

Or, perhaps, when we watch Glory, they would giggle at Denzel Washington as a tear rolls down his face while getting beated. When that happened, it was always a strange juxtaposition of giggles and sniffles. Unfortunately, they weren't the uncomfortable giggles that you often get with students. For those of you who aren't teachers, it's that moment when kids are uncomfortable with what they are seeing and hearing. And instead of shutting up and trying to absorb or think about it, they laugh.

But this isn't that. These boys are laughing at Private Trip (Denzel's character) for being weak. Real men don't cry, after all. He's just getting whipped.

A few seconds later, they show a quick shot of his ripped up back. Some of the kids get it at that point, but not all. A big part of that is technology. Watching something in a classroom using district purchased projectors doesn't exactly show clarity. It's easy to miss exactly what you're seeing.

But even so, Glory doesn't show the full brutality of skin getting ripped off of someone's back. Perhaps they skipped it because it didn't want to earn an R rating that it didn't deserve.

Twelve Years a Slave goes all in. You see it. You hear it. You feel it. It's bad. The bad thing is that an eighth grade classroom, full of people who need to see this, probably won't be allowed to.

The movie is even more heartbreaking when you know the outcome, which is actually spoiled in the title. Solomon Northup "lives" as a slave for twelve years before being returned to freedom. You feel the years he lost in his life. But you have to remember that he is one of the few who got freedom at all. Every other slave you see in the movie remained a slave. Most were born a slave. Their freedom doesn't come until the War Between the States later on and the Thirteenth Amendment.

The acting, by just about everyone, is raw and perfect. If Twelve Years a Slave doesn't get a Best Picture nod, I just hope that a few of the people in it do.

The worst thing about the movie? That poster. Look at that thing. It looks like it's for Run, Soloman, Run instead of this. Shame.

1. "Getting beated." I like that. The voice of an 8th grader. I'm sure it was intentional.

3. If you think the American poster is bad, you should check out the Italian versions: http://www.telegraph.co.uk/news/worldnews/europe/italy/10543630/Italian-distributor-of-12-Years-a-Slave-apologises-for-inappropriate-posters.html

3. That's... interesting. It's the first time I have seen Brad Pitt advertised as being in the movie, as his role is rather small as far as screen time in concerned. I doubt it's even five minutes.