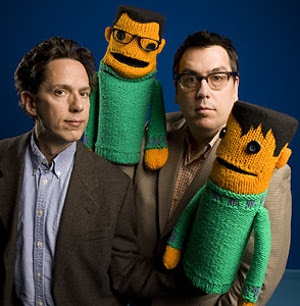 Not only are they my favorite band, but I'm going to see them tonight. That is probably the best way to end the school year. I've seen them several times before, and I've loved it each time. They have a live album. Give it a listen.

I know I've written this before, but just about every album does the same thing. I listed to it the first time and think "meh." Then I listen again and find a song I enjoy. Then I find another on the next listen. And another. And another until I think it's their best album ever.

Much like with The Beatles, I could not name my favorite song because it's probably the last one I heard. So I'll leave this entry with my most recent favorite song from their recent album, Join Us.

Created by His Excellency Kaboom32 at 2:47 PM