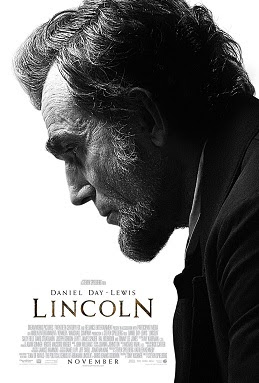 I think that just about everyone who has seen Lincoln will agree to, the greatness of this movie comes down to one thing: Daniel Day-Lewis.

With many movies, you can't help but see the actor instead of the role. Every Tom Cruise movie is now like this. Or perhaps you don't see the actor, but their previous roles. This was a problem with almost everyone in Les Mis, but especially every time Gladiator tried to sing.

With Lincoln, you don't see Daniel Day-Lewis. You don't see Hawkeye or Bill "the Butcher." This is Abraham Lincoln, sixteenth president of the United States.

And even better, this isn't the Disneyland Main Street version, either. This is the "Just Folks" version. You know - the real guy. Somewhere, either Steven Spielberg or Day-Lewis has a time machine. They went back and talked to Lincoln. Either that, or they read some history and the opinions of historians.

It's truly an amazing movie, but there are a few flaws (and things that will keep it from being shown in classrooms.) The first is the length; it's too long. The pace is too slow, especially for students (this is the most common feedback I got from my students, to whom I offered extra credit for seeing this). It doesn't quite nail the landing. There is a great place where it could have ended the movie, but it tacked on (spoiler for those who failed eighth grade history) and ending of his death that didn't fit the tone of the movie. I loved ending with his second inaugural, as it bookends the movie with that and the Gettysburg Address. The last reason it won't be shown is Glory. We already have a great Civil War movie to show.

I will certainly how scenes. I think just about every one of them will feature Daniel Day-Lewis showing us exactly who Abraham Lincoln really was.

Created by His Excellency Kaboom32 at 9:45 PM

Agreed. I'll probably buy this movie based on his performance alone.