Here's the middle of the list. These didn't suck, they didn't rule. Some were fairly forgettable. I recommend many of these. I present them in viewing order.

A Separation is pretty darned good. It makes you think, and I don't just mean because you have to read subtitles. Check it out.

The Kid With the Bike is another cool foreign film. It's a bit lighter than A Separation, but still presents some things to think about.

Jeff Who Lives At Home is a cool little movie, but I thought it fell apart at the end. If you like M. Night's  Signs, you should probably watch it. It's directly referenced. 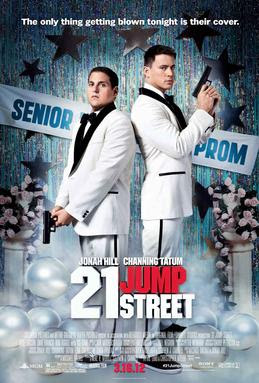 21 Jump Street was funny enough. I don't think I ever saw the TV show. I considered putting this on the overrated list, because some fools have gone a little too apeshit for this. But I liked it enough to leave it off of there.

Bully made me angry because it blamed absolutely everyone for bullying. Except for the bullies. Besides that, it never presents the idea that victims of bullies should probably learn some coping techniques, either to avoid confrontation, face it head on, or how to deal with it when it happens.

Bernie was really good. I recommend it. I think I was distracted because the person I saw it with kept saying "That's funny" when something was funny. It possibly could have made my top 10 list if I hadn't been distracted.

Safety Not Guaranteed is another cool movie that I recommend. It's a unique story. For those of you who actually like rom-coms and want to know why so many other people don't, check this out. And other people, check it out as well. 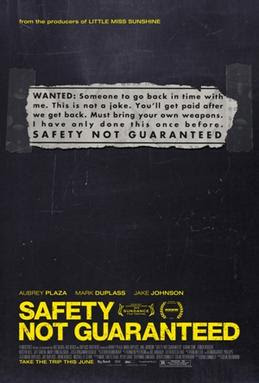 I went in to Brave expecting one movie. Then it took a turn I wasn't expecting. The early twist wasn't ruined by trailers.

Seeking a Friend for the End of the World was a nice little movie. Nothing too spectacular, nothing too horrible.

I'm disappointed that Amazing Spider-Man is on this list, but happy it isn't in the bottom list. I'm not the first to say this, but I would like to see a new Spider-Man movie every few years following the same pattern as the Bond movie. Switch up the actors and filmmakers every once in a while. Take some chances.

To Rome With Love wasn't nearly as good as Midnight in Paris, but it was interesting enough. Fairly forgettable, though.

I watched Farewell My Queen knowing that I would teach the French Revolution this year. I was hoping it was something that I could show, either clips or all of it. I didn't show any of it and didn't even remember it when I taught it. 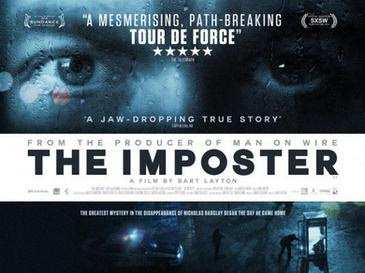 The Queen of Versaille and The Imposter are documentaries. I recommend both. In Queen, watch certified scumbag David "If Obama wins you're fired" Siegel lose a bunch of money. Not enough, though. The Imposter is about a boy who returns home after disappearing. That ending is where the story begins, and it's freakin' weird. Don't read anything about it before you see it.

For Ruby Sparks, I reread what I said about Safety Not Guaranteed. This is how to do a romantic comedy. And it's pretty good.

Chicken with Plums was OK, but too slow. It comes together well at the end, but takes too long to get there and depresses you along the way. 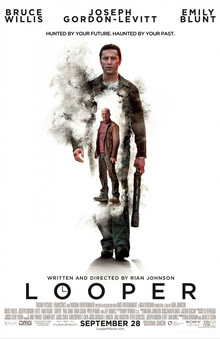 Looper was good. It was an interesting take on time travel. I wasn't blown away, but I won't argue against anyone who loved it.

Skyfall was good. I liked that it didn't rely on long, drawn out fight scenes with quick edits. At least two of the fights were over in a few seconds, which I liked. Much of the shitty shaky cam of the last movie is gone.

The Sessions is very, very good. Helen Hunt is good, John Hawkes is amazing and unrecognizable. The script is one of the best of the year. I think William H. Macy's creepy hair kept it out of my top 10. 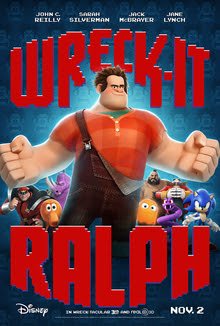 This is 40 is another really good romantic comedy. Can all of you stop watching anything with Kate Hudson and watch some good rom-coms? This is a little lighter in the comedy than I was hoping for, but a good movie.

Wreck-it Ralph was good. I think it ended up being too light in its use of existing video game characters. They really only appeared in a few scenes at the beginning. Once the movie gets going, it's all original characters. I guess that's good, but I would have liked to see an established character take a slightly larger role. Other than that, pretty good.

Hyde Park on the Hudson was all right, but nothing special.

Created by His Excellency Kaboom32 at 7:38 PM