My absolute favorite video game series is the Legend of Zelda. I want to take a few posts to feel the awesomeness of a few of those games. 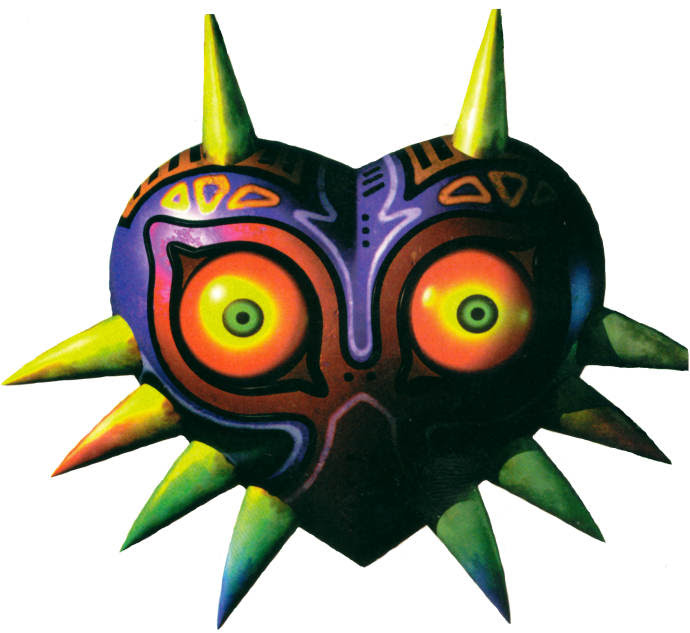 It's likely that my favorite game is Majora's Mask.This game was presented as a direct sequel to The Ocarina of Time. You get lost in the forest and come out in a different world. Except this world has three days to live. After three days, the moon is going to crash into the world killing everyone.

You don't make it.

That's the difference. You fail at saving the world.

Luckily for you, you still have your trusty Ocarina of Time. You get to jump back in time three days. That's where the game really starts. You figure out how you can save the world, but it's going to take a lot of work. You need to gather some
stuff in order to actually save the world before the moon can crash into it. You then begin your journey through those three days. Over and over again.

During those three days, you start to learn the actions and patterns of the people. They repeat themselves. You turn into the Link version of Groundhog Day. But here's the thing that takes this game to a new level. These people are living tragic lives. That's in addition to their impending doom at the end of the three days.

As you continue through the game, you save lives. You rekindle romances. You make people happy. But then you play the Ocarina and go back to day one. Their problems start all over again. You have to choose to continue your journey of saving the world and ignore their problems. By the time you get to the end of the game and finally do save the world, you had to ignore those other problems in order to do so. And that makes the game tragic and sad.

The music is also amazing - it compounds the tragicness and sadness - but that's for a different post.
Created by His Excellency Kaboom32 at 6:41 PM