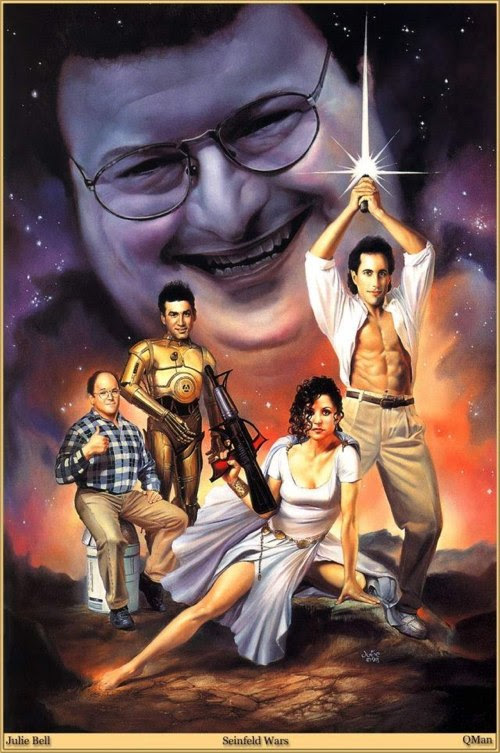 Every time I sit down to do some work, I like some background noise. Sometimes its music, but I'll often see if there's anything worth checking out on TV. If Seinfeld is on, it will be on my TV. The only problem is that I end up paying more attention to the TV than I do to my work. There are episodes I've seen over and over again, but I don't tire of them. Episodes that I haven't seen in a while bring even more joy.

Perhaps the one thing that really hasn't held up over time is the laugh track. The best shows these days do without. Curb Your Enthusiasm, which is in a way a next generation of Seinfeld, is better for not haven't it. Since a lot of Seinfeld humor is cringe humor, it tends to take away from some scenes. These guys are assholes, as the final episode proved in court. That means it isn't always something a group should laugh at. I'm an asshole, so I should. But groups shouldn't.

Beyond that, the humor holds up quite nicely.  I find there's always a few really good laughs still in each episode, as well as many quotable lines.  It's always fun now when you hear Larry David's voice pop out of nowhere. It's fun to see Bryan Cranston show up in a few episodes pre-Malcolm in the Middle. Seinfeld makes a quite worthy fiftieth day of awesome.
Created by His Excellency Kaboom32 at 7:40 PM