Here's three movies that I liked a lot and you should see, but they barely missed my top 10 list.

For the second time this summer, Marvel released a movie that took place in the characters' original time setting. It worked by setting X-Men: First Class in the 60's, and it worked even better with Captain America: The First Avenger set in World War II. To really tell the story, Cap had to fight the Nazi's. It's a good story.

The skinny Steve Rogers special effect were amazing. I've had arguments with people who refuse to believe that it was actually special effects instead of a different actor.

In the movie, Captain America begins his career not as a soldier or a hero but a promoter of war bonds. That was a change from the original comic book story that actually worked, which is rare. The reason, I think, is that they were able to use this plot line to keep the character true. If they can keep his character and personality in the Avengers movie, that will be a very good thing. 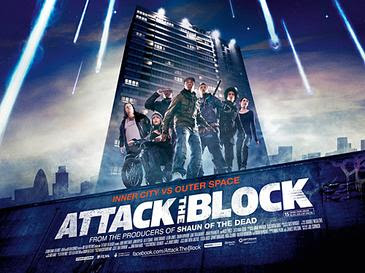 While I liked the movie, I think my own enjoyment of the movie came from the lack of any public buzz. I got to feel like part of a secret club. Since I recognize that, I left it off the top 10. Still, check it out, and keep an eye out for future stuff from writer and director Joe Cornish.

POM Wonderful Presents: The Greatest Movie Ever Sold was on my top 10 list until a few days ago, and I'm sorry to see it go. To me, it was the funniest movie of the year.

I recently listened to an interview with Morgan Spurlock. They discussed whether that was a bad thing to have a documentary that is also a comedy. Spurlock explained that he wants people to enjoy watching it. And it isn't like he's discussing the deepest topic here. If Deliver Us From Evil were a comedy, that would be different.

Though I had some logical problems with Super Size Me, I've enjoyed Spurlock's work. This was probably my favorite. It's a good documentary for a general audience.