In the Hands of the Health Care Debate!

Don't read my blog if you are totally against health care reform.

Health care is a tough topic. I'm not even sure exactly where I stand on it. But while I don't know exactly where I am on the spectrum, I'm sure that I'm more in support of reform of some kind. And to be honest, the reason seems to be more selfishly because the Republicans are against it. 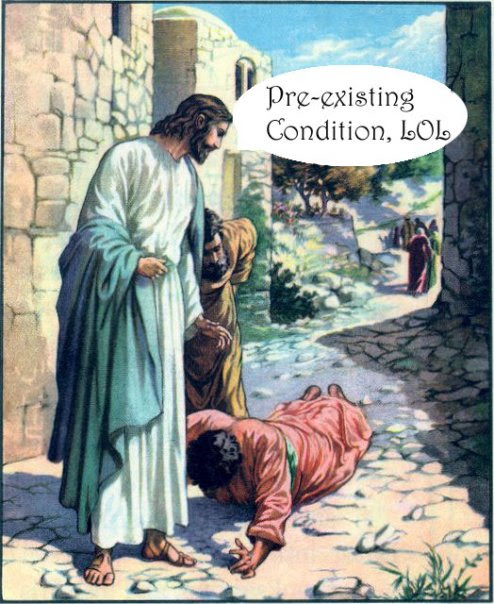 But yet, I understand that I'm in a society and that I need to be a part of that. Plus, I also have a better understanding of the concept of health care reform than the average Tea Bagger. That's probably because I got my information from reading excerpts of the bills and analysis from a variety of sources including many that are more neutral on the topic. If all I did was watch Fox News and get all of my details from that, I would also assume that I was going to start spending hundreds of dollars a month for everyone else's health care.

There's also the concept of the public option. As I've mentioned in a previous blog, I don't believe that conservatives understand the concept of the word "option." In fact, I'm not sure if a lot of people do anymore. Last year, I wanted to offer some optional extra credit to my classes. I wanted to show Amistad after school. Parent permission was required. It was OPTIONAL. Yet one parent had it shut down. Sure, plenty of other blame to go around here, but it all comes down to the word OPTION.

But even if that wasn't the case, I have another argument for you. I have a degree in Social Science. That means I had to take a few economics classes. I'm far from an expert in economics, but I do have a basic understanding of supply and demand. So here's a mini lesson for you. If YOUR business were to choose to take on a different health care plan because of the lower prices, your previous health care provider would have to deal with the competition and lower their prices, putting them back in play. Chances are, this would happen BEFORE the changes were made,leaving you with the same health care provider.

Here's a question I do have: It's about your insurance plan. That means that someone different might be paying your bills. But it's also likely that you would keep your doctor. That isn't always the case. For example with a system like Kaiser, the insurance company and the hospital are joined together. So that might not be the case. But across America, it's more about the insurance company. How accurate am I in this paragraph? I ask because I actually don't know.

So what is our responsibility as a society? Are we the greatest nation on Earth? Are we the nation that cares the most about its people? In this issue, clearly not. It seems to me that the best would make sure that its people are healthy. After all, aren't we founded on the idea of life, liberty and the pursuit of happiness? Life seems pretty straight forward in this case. That's what health care is all about. Liberty is the dividing issue here, as we might be asking some people to help others. So those who already have might lose their freedom to keep every penny. but tell you what: Let's end the wars in Afghanistan and Iraq to save that money, giving more liberty to our soldiers AND putting more money into the system, meaning you get to keep more money while we pay for health care. and pursuit of happiness. How much pursuit can you handle if you're dying? For sick people, having proper health care IS how to pursue happiness.

Something that makes this debate complicated for me is the idea of innovation and advancement through capitalism. The reason why drug companies make breakthroughs, such as the current medications that have changed HIV so it isn't a death sentence, is profit. They want their money. If they are denied that money, they won't be paying for the research. So honestly, I want them to make a bunch of money. The same goes for doctors. They should be rich so that when they are diagnosing me, they aren't worried about paying the bills. But insurance companies? Nah, not interested. Harsh honesty - these are replaceable people who should make a living wage, but don't need to get rich, unlike the doctors and scientists who are actually adding to the health of people.

But Bill Maher deserves a lot of crap for the statements he made about vaccinations, since they DO save lives and you probably shouldn't, in general, be on the same side as Jenny McCarthy in an intellectual debate, he is right about a few things. People do have a lot more control over their health than we acknowledge. Personal nutrition and exercise is preventative care - your fast food is cheap now, but a fortune in health care later. Drinking and smoking in moderation, or cut out all together, can save health care costs. It seems like the major vice that doesn't seem to cause the same health care problems is illegal for some stupid reason.

However, a tasty burger is nice. While I'm not much of a drinker and not a smoker, I hope you enjoy yours. That's the liberty part of the Declaration of independence. And that's what makes the issue so confusing and difficult to wrap around. I didn't even mention a lot of the problems that we need to solve in order to find a way to reach a solution. Unfortunately, this isn't the debate we are having. Our debate is how people want the government to keep their hands off of people's Medicare or whether Barack Obama is a Nazi-Communist-Fascist type of Socialist or just a Muslim.
Created by His Excellency Kaboom32 at 1:57 PM