Never Settle on a Topic or... You think it's Easy to Dream up Titles like This?

Don't read my blog if you like well thought out topics.

You know, it seems like I can't go 24 hours without someone asking me, "How did you get to be so awesome?"

But that's not what I'm writing about today.

First of all, that's the last time I say, "I guess I'll write this blog as soon as this game is over." This game kept going through 13 innings. And it was even slower than that because of the rain and several pitching changes. And they kept saying how exciting the game was.

But I'm not really interested in writing about that today.

This whole kid in a balloon thing is lame. Why? Because the kid wasn't in the balloon. And it turns out that the father just wanted publicity, which he got. And the kid's name is Falcon. For a fictional character? Cool name. For a kid in Colorado? Nerd.

But that's not a topic I want to focus on here today. 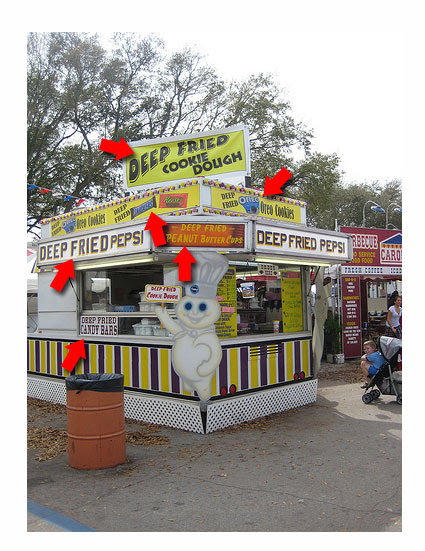 I'm curious to try a Deep Fried Pepsi. I do prefer Dr. Pepper as a soda, but I've never seen one offered. I'd try it myself, but I don't know how to deep fry any soda, and I don't have a deep fryer. Or the desire. I've had a Deep Fried Twinkie. It was like a warm cream filled donut. I also tried a Deluxe Deep Fried Twinkie. That's one covered with an ice cream sundae. It was simultaneously awesome and disgusting, but not in a good way like a Jack in the Box taco. I don't have a need to have another one ever again.

But I don't want to write about that today.

It's the anniversary of the Loma Prieta Earthquake. I wish I had a good story to tell for the sake of this blog, but I guess it's a good thing that I don't. I was pretty much just sitting on my bed doing homework. It shook for awhile. Nothing fell off my walls or anything. It was obviously the biggest earthquake I've been in, but on the ground floor inside a small bedroom wasn't a spectacular experience.

But I'm not going to continue with that subject.