Preeeeeesenting... the Gimmick, and its Masters of Menace!

Back in the last 80s, comic books went through a really bad trend. They started trying a bunch of gimmicks to sell the books. For awhile, it even worked.

They would print books with multiple covers. If you wanted a complete collection, you HAD to buy both. Or all three. Or four. Or five. They still do this every once in a while, but it's usually presented as one "real" cover and one alternate.

I admit that I fell for this one a time or two myself. But I will slightly defend the only time I remember buying more than one cover. It was the release of the new X-Men title to go alongside Uncanny X-Men. But the only reason I did was because the artist and co-writer Jim Lee was coming to Flying Colors to sign comics. I had all four signed. And hey - if you put all four together, it makes one image, as you see below.

But almost 20 years later, I feel like I was ripped off. I don't remember anything about the interior or the story, but I remember spending more money than I should have. I'm just glad that I didn't try to buy them an an investment, as many people did at that time. I just wanted them because they were cool and I could get them signed, which was cooler.

This wasn't the gimmick that really hurt, though, as obviously I had a choice in whether to buy more than one copy or not. They started putting out foil covers. And covers with holograms. And fold-out covers. all of these choices came with a higher price tag. I like a nice simple cover which is some sweet art and shows what's in the comic. No gimmicks.

At first, they started with some "special" issues, like multiples of 100. Then it turned to multiples of 50. 25. 1. And in most of those cases, I didn't have a choice. Well I did, but the choice was "Buy the foil cover or don't have that issue." And in the end, I chose not to have that issue, or any others. I took about five years off from reading and buying comics.

Yes, these gimmicks sparked sales and gave more money to the companies. But it left a bad taste in my mouth. As I stated, I stopped buying them completely for awhile. And now I'm worried because I'm seeing a similar trend in the NFL. Throwback uniforms.

NFL teams change their uniforms every now and again for whatever reason. Often it's because their look is associated with a bad era. In recent memory, both the Broncos and Buccaneers completely changed their jerseys and won the Super Bowl within a few years. The Rams slightly changed theirs, going from yellow to gold. Sometimes teams tweak their jerseys slightly and you don't even notice until someone points out the change. 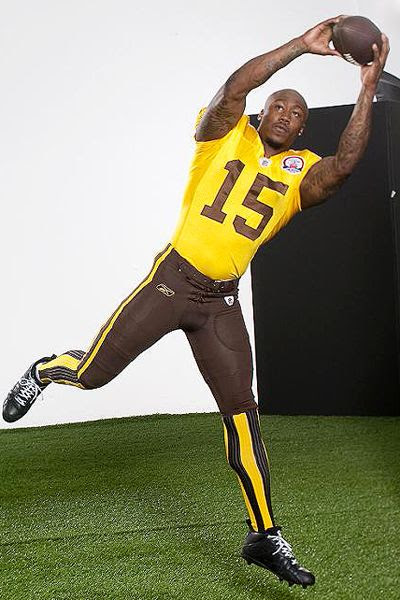 But over the past few years, teams have occasionally featured some throwback uniforms. For a game, the teams sport a jersey from their past. And occasionally has become frequently. This season is the 50th anniversary of the 8 original AFL teams, so the games those teams played are called "Legacy" games. They wear their throwback jerseys. In most cases, they are hideous.

I don't even like the ones that other people seem to like. The Chargers started wearing their old powder blue throwbacks a few years back, and now that's their regular jersey again. To me, powder blue doesn't display the edge that a team needs. It's weak. And ugly.

And why are they doing this? They get to sell the throwback jerseys to make some extra cash. When they play the games with some of the abominations, I don't want to watch. It hurts my brain, especially watching in HD on my 62 inch screen. Even more atrocious. Then again, I don't get to see most of these games because NFL rules prohibit the showing of competitive football games.
Created by His Excellency Kaboom32 at 8:37 PM

I skipped the comics part, but I've never seen anything worse than the Denver Broncos' throwbacks. I couldn't disagree more on the Chargers' ones, though. Some of the best unis in sports.