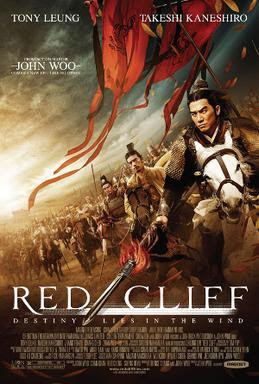 Last night I had to make a horrible decision. It was Sophie's Choice in my home. Since I haven't seen that movie, I have to assume that someone named Sophie had to decide which great movie to bump off of her top ten list. I had to bump Red Cliff.

Red Cliff gets a unique and different complaint. It's not long enough. That isn't exactly true. It's just that this movie was released in Asia in two parts, each two and a half hours long. We Americans received one movie. The two parts were edited down into a single two and a half hour movie. Clearly, they were listening to idiots like me who complain that movies are too long. I'm hoping that a DVD release will restore the 148 minute version back to 280.

If you haven't heard of Red Cliff, it's a Chinese history/war movie. It shows the beginning of the Three Kingdoms period, a time when China was between the Han and Jin dynasties. It was directed by John Woo and broke the Chinese box office record. 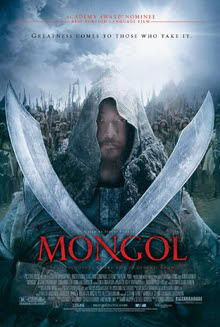 The closest movie I can compare it with is Mongol. If you saw it and liked it, you might just give Red Cliff a chance. And if you haven't, I'd pop that one into your Netflix queue and take a look.

There are parts of the movie that are a bit tough to follow, and that's ultimately why I knocked it out of the top ten. I wonder how much that has to do with the editing and how much has to do with my lack of cultural understanding.

Still, the battle scenes are amazing to watch. They are visual masterpieces. One of the main characters is the military strategist, so they spend a little time with military formations such as the butterfly and turtle. They are really cool to watch unfold and it becomes clear why they are so named.

I don't teach any Chinese history, and I'm certainly no expert. I can't speak at all of the historical accuracy of Red Cliff other than what I have found with a quick google search. But it doesn't matter. It's a good movie, and I hope some of you who haven't heard of it (or Mongol) will go check it out.
Created by His Excellency Kaboom32 at 10:12 AM