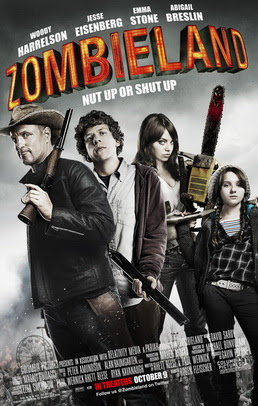 Thinking back to some of the reviews I've written this month, here's a couple reasons why I liked it. The first is expectations. I didn't exactly have low expectations, but I wasn't expecting anything amazing either. I had hit the point in this year where I just wanted to watch a bunch of movies. This was a movie, so I watched it.

The second is length. It clocks in at 81 minutes. There is only so much material available for this movie. They put in what they had and that's it. There isn't a lot of filler. We have just enough to get some basic back story ideas for the characters, but not too much. I didn't have time to get bored.

Other than that, it's funny. And it's fun. Without spoiling anything, it has the best and funniest cameo of the year. I haven't seen a lot of zombie movies, so I don't know how die hard zombie fans with like it (Die Hard Zombies - John McClane vs. the undead), but I recommend it for a good time killer, breezy evening.
Created by His Excellency Kaboom32 at 8:25 PM